Get new book alerts, news, and more!Join My Newsletter

About the Book Buy BookThe Series 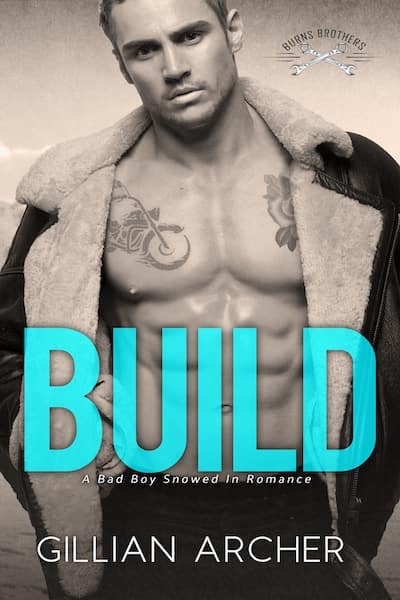 Days like today, I really wish I’d been an only child.

“You’re full of if it you think the West Coast Kings are going to be happy with a fucking paint job like that.” My younger brother by eighteen months, Nathan, growled as we stood in our workshop with all my brothers gathered around the cans for the Kings build. “It’s streaky on that side, and you totally jacked up their logo. We’ll be lucky if those sons of bitches don’t fuck us all up.”

“I know it’s not my best work,” our youngest brother, Dylan, groaned as he stared morosely at the cans in question. “I had some shit on my mind. I guess I wasn’t concentrating. I fucked up.”

“I fucked up,” Nathan mocked. “I’m sure the Kings will find that hilarious when they show up Saturday to pick up the goddamn bike. You know, after they give us a beat down.”

And I wished I hadn’t gone into business with my entire family, like a moron. My temples began to throb in that special way that only my brothers could make me feel.

My middle brother Ryan laughed and muttered something under his breath that sounded suspiciously like, “I’d like to see them try.”

“Really?” Nathan scoffed. “You think you could hold your own with the one-percent motorcycle club that runs this city? They would eat you for breakfast.”

“They could try,” Ryan retorted as he straightened from his slouch. He closed the distance between him and Nathan in a slow, measured saunter. “We all remember who ended up with a broken nose the last time me and you danced. Wanna go again?”

There was a reason the Urban Channel was in talks with our lawyer to make our previous hour long special into a weekly reality show. The four of us together defined drama.

“ENOUGH!” I roared, finally at the end of my patience. “We don’t have time for another run to the E.R. because you two can’t figure out how to get along. We gotta fix this mess and build the bike before we piss off the Kings. They’re our biggest client right now. We don’t have time for finger pointing. So calm the hell down, or get the fuck out. Either way, this bike will be done by Saturday. We clear?”

Ryan smirked. “I could use the weekend off.”

“If you’re not careful, you’re gonna have a whole lot of weekends off.” I shook my head.

“Wait, what?” Ryan turned and blinked at me.

“I’m tired of your bullshit.” I crossed my arms over my chest. “This is a fucking business. Do you think you’d get away with any of your screwing off if you worked for someone else? It’s time to grow up. You’re twenty-seven years old for Christ’s sake.”

“As a heart attack. I’m done bailing you out—both literally and figuratively. You need to start treating this like an actual job. What time did you even come in this morning?”

“I was here at seven. Nathan showed up at eight. Dylan too. How is that fair?”

Ryan hitched a shoulder and studied the tips of his boots, all his earlier bravado gone.

I shook my head. “Maybe try being an adult for a change. God knows I’ve had to be one since I was eight years old.”

Ryan narrowed his eyes at me. “That’s a low blow.”

Dylan and Nathan shot me sidelong glances, but neither said a word. Dylan’s face took a reddish hue. He hated confrontation of any kind, but I was too tired to give a shit at the moment. Especially since he was the reason we were in this mess in the first place.

“So, if we’re all done measuring our dicks, can we come up with a plan to finish this bike? Preferably before the Kings make us regret ever taking this job?” I looked from one brother to another.

After a beat, each gave me a grudging nod. Except Ryan.

“I’m still here, aren’t I?” Ryan retorted. Like that was an answer.

Or a fucking apology.

I suppressed the urge to give him the beatdown he clearly wanted. Despite how much he’d pissed me off. We didn’t have the time, and I really didn’t want to spend the whole day in the E.R.

“Fantastic,” I muttered sarcastically. “Dylan will repaint the cans tonight, and the three of us will be here first thing tomorrow to finish the build. If it all goes smoothly, we shouldn’t have any problem finishing the bike by Saturday. But no more screwups. Clear?”

“Crystal,” Nathan snarled. More than likely he was still pissed that he hadn’t been able to swing on Ryan.

Dylan picked up the cans and left the room without a word. He’d been oddly silent through most of the exchange. Usually he’d have something to say in Ryan’s defense—those two were thick as thieves—but today he was practically a zombie stumbling around the shop. I made a mental note to check in with him later today and find out what had crawled up his ass.

“I’ll call T-Bone and move the reveal a few hours back. Maybe we should bring the bike to them, instead of having the reveal at the shop.”

Nathan hitched a shoulder. “Could be a good idea. If they have one of their infamous parties, they’ll be more mellow.”

“Anything to avoid a fight, huh, Nate?” Ryan taunted.

“Whoa, okay. You—” I said pointing in Nathan’s direction. “Go home. Get some sleep. Maybe have some booze first, so you mellow the fuck out.”

Nathan lifted his upper lip in a snarl before turning on his heel and stomping away. Before he reached the door, he picked up an empty gas can and hurled it into the wall with a thunderous crash. It fell to the floor with one side completely caved in.

A beat later, the office door slammed shut with a wallop that shook the walls.

“And you,” I turned to my only remaining brother, and the biggest literal pain in my neck today. “You’d better be here bright and early tomorrow.”

“I’m not screwing around. We’re cutting it close as is. We don’t have time for you to keep needling Nathan and pulling this bullshit.”

“Whatever, bro.” Ryan pushed away from the cabinet he’d been leaning against.

“You gotta grow the fuck up and be an adult. I’m not kidding, Ry. If you’re not here at seven tomorrow, you’re gone.”

He lifted a middle finger in salute as he walked away from me.

It probably sounded like an empty threat, since it wasn’t the first time I’d made it.

But it would be the last because I was done.

Done with their bullshit. Done with E.R. visits (and bills) because my brothers were at each other’s throats. Done with all the family drama. I needed a tropical island getaway—somewhere far, far away from my crazy family.

Running away was a regular fantasy of mine. I craved somewhere quiet, secluded, and just peaceful. Maybe I’d hit up my friend, former client, and rock star great, Cole Jackson, and see if I could borrow his Tahoe retreat. The place was crazy—super luxe with a freaking media room and every amenity you could think of. Apparently it was vacant most of the season since Cole was on the road right now.

I sighed. One day.

Instead, I retreated to my silent office, passing my cousin and Badass Builds’ CPA, Sabrina, on the way.

“Is it all clear?” Sabrina asked, as she tugged on the cuffs of her oversized sweater then crossed her arms over her chest.

“Yeah, sorry about the fireworks. Nate and Ry took off for the night. Dylan is in the paint shed fixing the cans. It’ll probably be a late night for him.”

Sabrina nodded then gave me a sad smile. “Did you mean it?”

I tilted my head in confusion.

“Ryan. Are you really going to fire him if he doesn’t show up on time tomorrow?”

I closed my eyes with a muttered curse. “You heard that part, huh?”

“Pretty sure the nail salon down the block heard your threat. And Nathan. You all get kinda loud when you’re uh, discussing stuff.”

That was Sabrina’s nice way of saying we get loud when shit hits the fan.

“I don’t know. He’s my brother and I love him. But shit’s gotta change. I’ve worked almost every weekend since I started building motorcycles. Ryan’s had it too easy. I’m tired of holding his hand. He’s a freaking adult. He needs to start acting like it.” I rubbed a weary hand over my face. “And with Dylan’s fuck up, we’re cutting it crazy close to get the Kings’ build done in time. I’m just so fucking tired, Sabby.”

“Well, when’s the last time you took a vacation? Oh wait, I can answer that. When you finished the bike for Cole Jackson, and he took you all up to his cabin. That was what? Over six months ago? That’s not healthy, Austin. You need a break.”

I chuckled wearily. “I can always sleep when I’m dead.”

“The way you’re going, that’ll be sooner than later. I’m worried about you.”

“You’re sweet, Sabby, but I’m fine. I’m gonna go do some paperwork, but I’ll knock off early tonight. I promise.”

Sabrina shook her head. “Still not good enough. Maybe you should hit Mom’s diner on the way home. She’ll get you straightened out.”

I snorted. “I definitely don’t have the energy for Wendy tonight.” My aunt was a ballbreaker and lifelong meddler. The last thing I needed tonight was a dose of Aunt Wendy.

“Think about it. Goodnight, Austin.”

“Night Sabrina.” I shook my head as I walked past her and down the hall toward my office. I’d have to have a death wish if I went to Bette’s Diner when Wendy was working. The food was amazing, but the lecture that came with it wasn’t worth the price of admission.

I spent the next twenty minutes on the phone with T-Bone, promising him everything but my firstborn to push the reveal a few hours back and bring the bike to him at the Kings’ clubhouse. I finally hung up the phone with a groan. If this reveal didn’t go well, we could kiss our business goodbye.

Along with our loved ones, more than likely.

I hung my head between my knees and let out a muted roar. When was this gonna get easier? We’d been doing this for years. Years. When would the shitstorm finally end?

My phone pinged with an incoming email.

I was almost afraid to look. But the Kings were too smart to put any threats in writing.

The words in the subject line made the blood freeze in my veins.

I clicked on the email and every word made me feel sicker. The usual bureaucratic jargon followed by George Burns. Parole granted. The words swam on my screen. I couldn’t believe it. I never thought that bastard would see freedom for the rest of his life. After the first parole hearing, my brothers and I had stopped attending. We had our lawyer send victim impact statements and our declaration forms because we weren’t spending another second breathing the same air as that bastard. And because we knew there was no way an evil son of a bitch like him would ever be paroled.

Apparently the California Department of Corrections and Rehabilitation disagreed.

What the fuck was wrong with them? How could they not see past his bullshit? Oh God, I was gonna have to tells my brothers. Sabrina. Aunt Wendy.

I needed to get the fuck out of here. 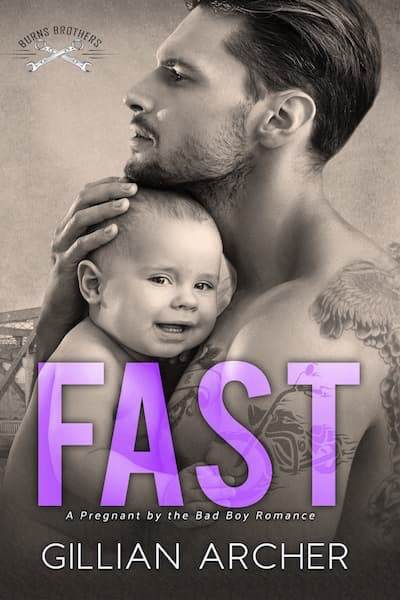 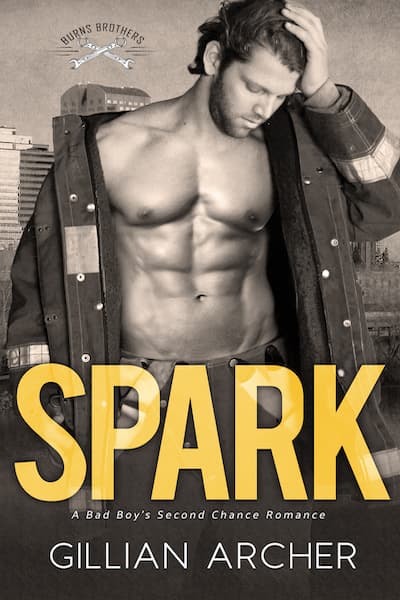